Our Faith At A Glance

ArticlesOur Faith At A Glance With the 2019 Boca Raton Greek Festival behind us, the time seemed right to give our guests a bit of perspective not only on our culture, but our faith family. We pray that our festival guests enjoyed some of our traditional foods and pastries, or some of our other cultural expressions, such as Greek music and folk dances. However, we hope that the greatest thing that our guests left with was an impression of how important and essential our Christian Faith is to us! Unfortunately, this may be a surprise to most people who do not associate our Hellenic heritage with the deepest roots of Christianity.

First, and foremost, we are definitely Christians! We belong to the Orthodox Church.  The Orthodox Church is not a Protestant denomination, and it is not a Roman Catholic denomination. The Orthodox Church is the original form of Christianity and pre-dates both Protestantism and Catholicism. It is the historic Church established by Christ and His Apostles in the first century of the Christian era. When the Apostles went out of Jerusalem and Palestine and began to preach Christ and to establish communities of Christian Faith in the pagan world of Hellenism throughout the Mediterranean Sea, the first Greek speaking Christian churches came into existence. This initial encounter of early Christianity with Hellenism brought about the conversion of Hellenism. The powerful cultural elements of Hellenism were gradually Christianized, and what came into existence was precisely the Orthodox Church.  After the initial centuries of persecution, the Church coexisted with a Christian Empire and was the inspiration which spread the Gospel to other people and regions of the world, and which created the Christian civilization and culture.

For more than one thousand years the Christian Church enjoyed a fundamental unity of faith and life in both East and West, in spite of a considerable amount of cultural diversity that existed in these two far reaching areas. Gradually however the diversity became divergence, and divergence became separation from the unity of a common faith and life. The breakdown of Church unity between East and West came about gradually.  It was not really finalized until 1204 AD, when the Fourth Crusade sacked and devastated Constantinople, while the Orthodox Christians of this Queen City of the Christian world stood in disbelief that such horror could be brought upon them by fellow Christians. Constantinople, the center of the Orthodox Christian world, never fully recovered politically from this blow, and ultimately fell to the onslaught of Islam and the Turks almost two and a half centuries later on May 29, 1453 – the  darkest day in all of the four thousand years of Greek history.  While the Empire was lost, the Orthodox Christian Faith survived, and today the Orthodox Church enjoys a continuous history of two thousand years.  At the same time, the Orthodox Church also bears the awesome responsibility of being a witness to the original and unchanged Christian Faith proclaimed by Christ and preached by the Apostles.

Through the Creed, the Symbol of our Christian Faith, we profess to believe: in one God, the Father almighty, Creator of heaven and earth and of all things visible and invisible; in one Lord Jesus Christ, the only-begotten Son of God, who was Incarnate of the Holy Spirit and the Virgin Mary and became man for our salvation, which He accomplished through His Crucifixion and Resurrection; in the Holy Spirit, who proceeds from the Father and who, together with the Father and the Son, is worshiped and glorified. In addition to the Triune God, that is, the Holy Trinity, Orthodox Christians also believe in one, holy, catholic and apostolic Church. This is indeed an article of Faith, but it is also a historical reality which exists today, and is in fact identified with the Orthodox Church.

The Orthodox Church, though by no means perfect in its historical life, is essentially identical with the Church of all ages, and indeed with the early Apostolic Church.  In other words, it is not a church, but the Church.  There is here more than an unbroken historic continuity; there is also, above all, an ultimate spiritual and real identity with the original Church established by Christ.  This means that the Orthodox Church of today has the same faith, the same spirit, the same ethos as it did in the beginning, and this essential sameness and identity constitutes the distinctive mark of Orthodox Christianity, which can trace its existence back to the Church established by Christ to continue His work of salvation on earth throughout the ages.

In the midst of a fallen and suffering human history, Christ established His one Church to be the abode of His divine presence in the world. The expectations of salvation promised by God to the people of the Old Testament are now being fulfilled in Christ and in His Church. The Church is understood as the new Israel, the new Chosen People of God, called by God both from the old Israel and from all the nations of the earth, who would believe, love and follow Christ as Lord and Savior and Head of His Church. The mystery of the Incarnation of Christ is also the mystery of the Church. In Christ our human nature was assumed, renewed and saved. In the Church mankind is united to Christ to become “a chosen generation, a holy nation” (1Peter 2,9), and set apart from the fallen world. Those who choose freely to be united with Christ share in His victory and become one Body with Him, who is their Head. As the Body of Christ, the Church is essentially transfigured and regenerated mankind, which abides in an organic unity of love, faith and truth.

From the very beginning, Christianity existed as a corporate reality, as a community of faithful believers. To be a Christian means to belong to a community of faith. Nobody can be a Christian by himself or herself, as an isolated individual, but only in fellowship with all the other brothers and sisters in Christ, who share the same faith and life in the Church. It is a distortion of our individualistic modern society to think that we can do “our own thing” in the Church.  An isolated individual, not partaking in the common life of the Church is simply not an authentic Christian!

Christians can share a common life in the Church with others primarily because they are first of all one in Christ.  The center of unity is the Lord, and the Spirit is the power who effect this unity of all the faithful.  Christians are constituted into the unity of the Church by divine design, by the will and power of God.  The Church of God has been established and constituted by God the Father, through Jesus Christ, in the Holy Spirit.  The Church is not a human society, but a divine society;  the Church is not a secular community of this world, but a sacred community in the world but not of this world.  Christ Himself belongs to this community, not only as its Lord and God, but also as its real Head.  Christ is not above or outside the Church; the Church as the Body belongs to Christ and truly exists in Him.

On the historical road of the Church’s life on earth no final goal, no ultimate perfection has yet been attained.  But the ultimate reality has been revealed and is truly available and a possibility for all to know and to experience personally, in spite of the historical imperfections and provisional status of empirical Church life.  The divine presence in the Church, made possible through the sacramental life of  the Church, gives new meaning, new value to the world and to our human condition by filling it with the light and the life of God.

The primary task of the Church is to manifest and proclaim the life in Christ. The Church is to reveal and bear witness to the new reality now available in the Church.  This is done both in word and deed.  The best and truest proclamation of the Gospel of Christ is precisely the very practice of this new life: to show our faith by our deeds, to live our faith and not simply to talk about it.   The Church therefore has not only to invite people to enter the Church, but must also introduce them into the new life in Christ to which it bears witness.  The Church must receive each person and actually convert him or her, that is, it must bring people, through faith and repentance, to Christ Himself, to be born anew in Him.  This conversion or new spiritual birth is only a start, which must be followed by a life-long process of spiritual growth and maturation.  The people of God in the Church are of all ages and at different levels of spiritual growth and maturity, as they move ever forward and upward toward God.  Consequently, there will be a degree of tension in the life of the Church, fluctuating, as it does, between the divine and the human, between the abysses of human failure and the renewal and sanctification of human nature and personality.  The image of the Church as the Body of Christ must be a constant reminder that all the individual members of the Church, like those of any body, are important, significant and essential.  They must all be nourished and cared for so as to be healthy and able to carry out their own individual functions within the Body of the Church as a whole.

The real nature and purpose of the Church is to reveal the presence of Christ in the world, and, in turn, to bring the people of this world to Christ. It is precisely in this restored union of God and man that the entire universe transfigured. Nothing is more urgent today than to rediscover this true meaning and purpose of the Church, and to embrace the Church by entering fully into its life and mission to the world. 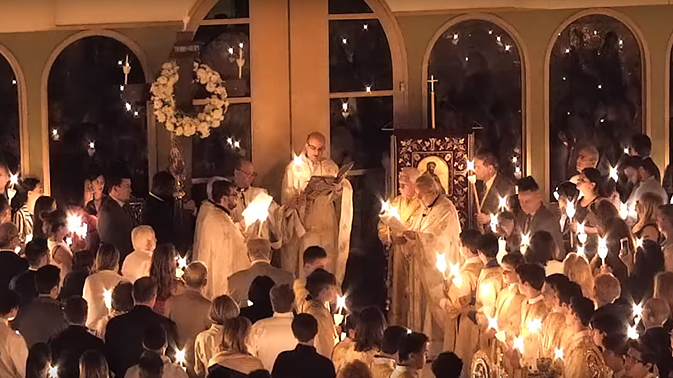 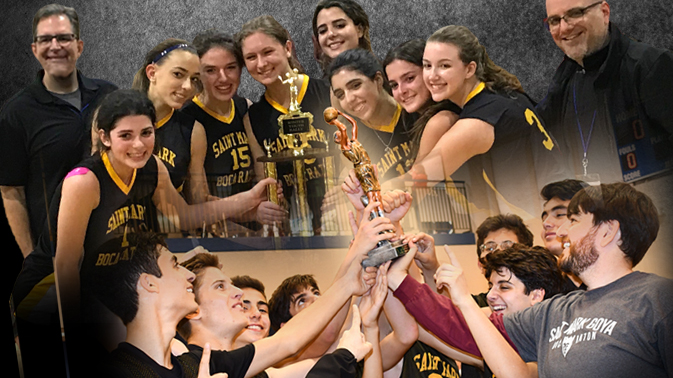